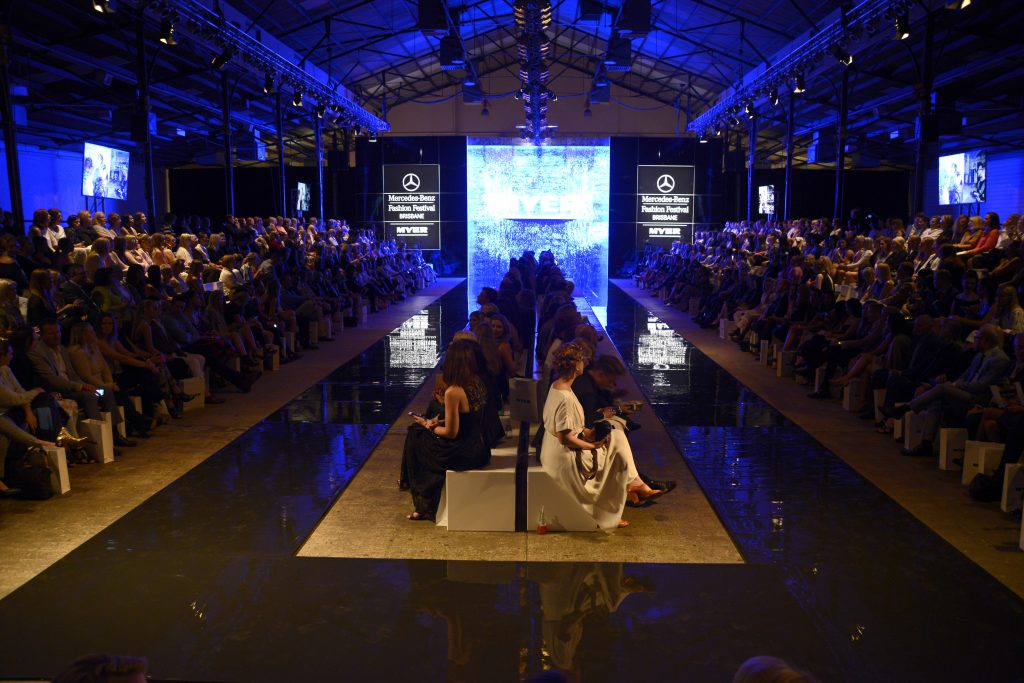 With our key message of Driving fashion retail for Queensland, the Mercedes-Benz Fashion Festival Brisbane has crossed the finish line with a personal best, as designers and retailers report a huge surge in sales and brand awareness following their shows.

Festival Director Lindsay Bennett said the feedback from local designers has been phenomenal.

“We are so thrilled to see that our See it. Love it. Own it. campaign is successful and to hear how happy the designers are – that’s what the Festival is all about.”

Pia du Pradal has showcased every year since the Festival’s inception and said “it’s been marvellous, a thrilling Festival. I have had clients come from interstate, out west, farming communities and the suburbs to the show which turned into sales after seeing the collection.

I’ve also had international interest for the first time.”

Maiocchi also had a bumper week, with Deanne’s styled Mercedes-Benz car drawing a lot of attention. “Having the Mercedes-Benz cars parked in King George Square was great, people saw the cars and came over to the store,” Deanne said.

Tracey Watkins of White Label Noba said, “social media went nuts. Amazing. I think this will be our best season ever…I can’t tell you the number of people that came up to me straight after the show.”

Irma J Smith House of Fashion, one of Brisbane’s more traditional design labels, also reported a huge increase in social media traffic which is a new direction for them. They have also had renewed interest from clients who have come back into the store this week.

Sacha Drake’s social media also spiked. The video of Sacha unveiling her Mercedes-Benz wrap received a record number of likes, up 1000% multiplying the average of around 50 likes per post to over 500 for the video.

“We have had orders overnight, it’s been so positive,” said Sacha.

Next Gen designer Kate Clark of Kabel Apparel has enjoyed a fantastic debut. “I had 500 visits to the site but due to an issue people couldn’t purchase anything so have been madly getting that sorted!”

And Sam Abi from Urbbana enjoyed national attention along with his devoted local fans. “It was fantastic, I was really happy with it.”

“My customers were really happy. I had 15 customers come from interstate and this is the first time that’s happened for me.  They flew here and stayed in hotels to see the event, and there were at least 22 from the Gold Coast and Sunshine Coast and they were over the moon,” Sam said.

On the back of the QueensPlaza High Teas hosted at Tattersall’s Club, the Carla Zampatti store reported a “gangbuster week”; Portmans QueensPlaza sold out of the white lace sundress that was posted on the Fashion Festival’s Instagram page; and QueensPlaza enjoyed higher than usual social media engagement.

Celebrating 10 years of glamour, the Fashion Festival has delivered Queensland’s biggest fashion event of the decade! Some stats include:

The 10th anniversary Mercedes-Benz Fashion Festival Brisbane has just wrapped up with the Mercedes-Benz Highlights Parade and Wrap Party.

The excitement doesn’t stop when the show ends – See it. Love it. Own it! If you See something you Love, relive the runway and shop your must-have pieces right away via the Own It tab at www.mbff.com.au.